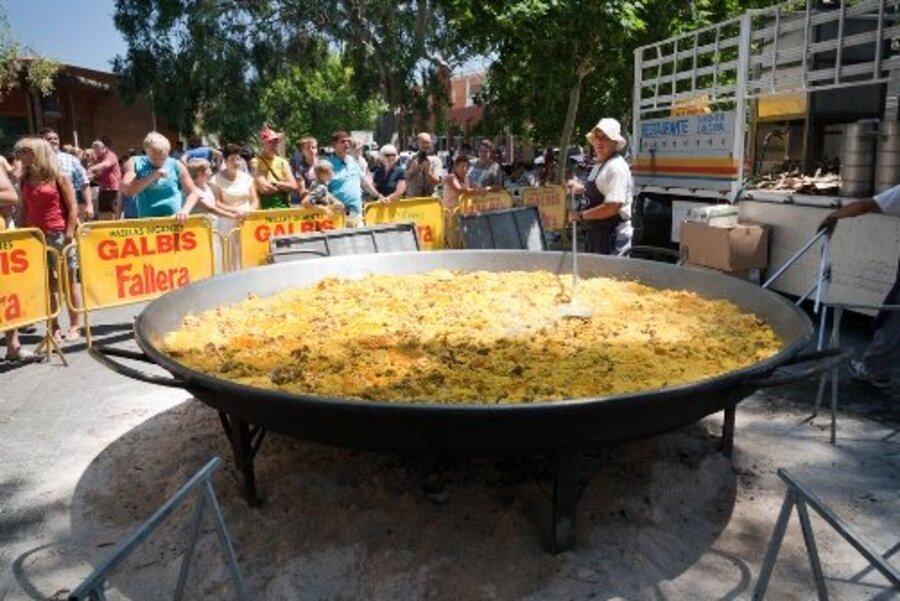 Valencia is the undisputed home of the world famous Spanish dish of Paella. This beautiful city is dominated by one of the largest natural ports in the Mediterranean. The vast flat plains in the region make it one of the most important rice producing areas in Spain. The moors introduced rice as a staple in Spanish cuisine more than 1200 years ago. Indeed, the Spanish word for rice is arroz, and this is derived from the Arabic language, not Latin, as with most of the Castilian Spanish language.

There are many variations of the original recipe, but authentic Paella Valenciana was originally a farmers and farm workers dish, made with whatever was to hand around the rice fields. Tomatoes, onions and green and white beans were added to the rice and these were the main ingredients. Snails, rabbit and duck were added if available and, on special occasions, chicken. It takes on its wonderful golden yellow colour from the saffron, which is a key ingredient. 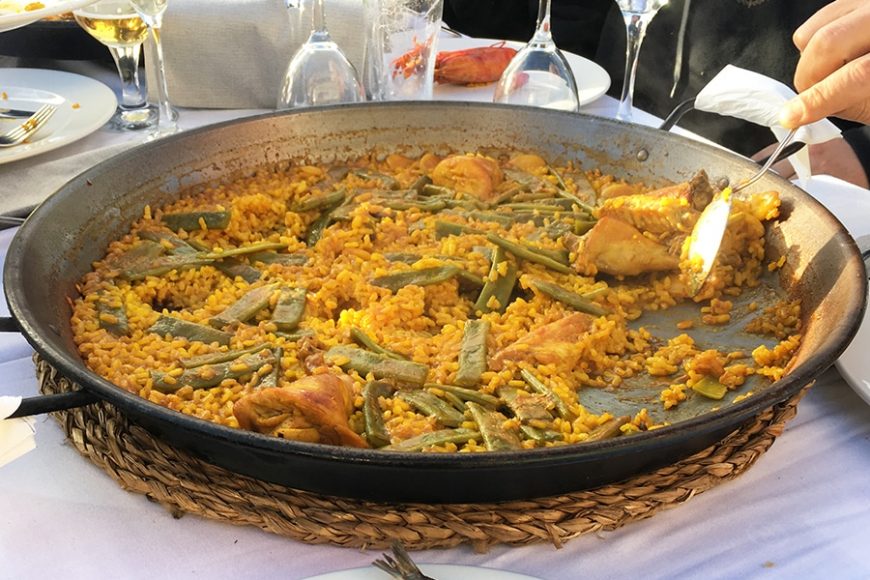 It is no surprise that the dish has been adapted to include fish and shellfish, as Valencia is on the coast. These variations can include prawns, muscles and clams as well as large chunks of white fish like cod. There are also dishes like Arroz Negra (black rice) which are made with squid and coloured black from the squid ink. 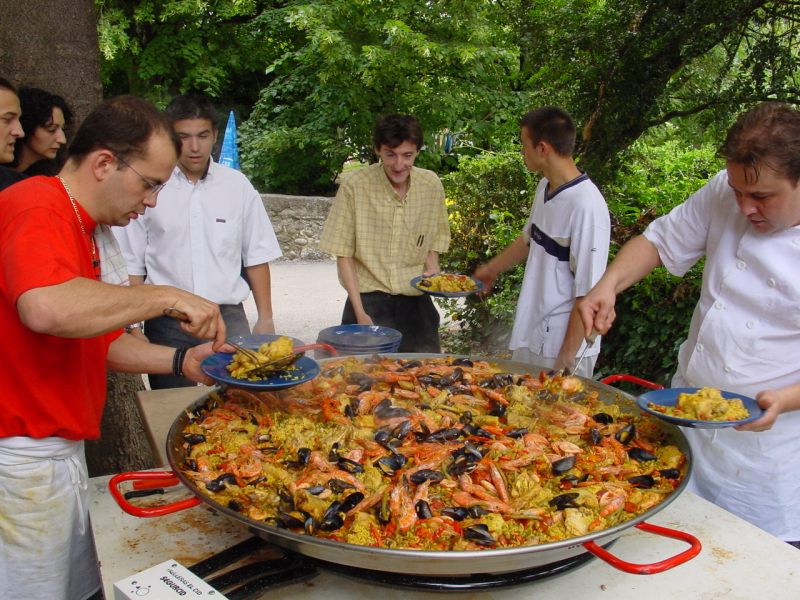 Cooked over a wood fire on a large shallow dish called a patella (which is the origin of the name of the dish) and traditionally eaten straight from the pan with your own individual wooden spoon. The cooking of “La Paella” is a wonderful family occasion. Often on a Sunday and always at lunch time. As it was traditionally cooked for the workers, it was the main midday meal. The Spanish find it highly amusing that foreigners eat it at night for dinner. “Desayuna mucho, come más, cena poco y vivirás” is a famous Spanish saying which roughly translates as ” eat a good breakfast, a bigger lunch, small dinner and live longer”!

It is a delicious dish, however you choose to cook it, however it really must be cooked outside. Most of the ferreterias ( hardware shops ), which every pueblo has, sell the burners and tripods from around 20-30 euros. The paella pans vary in size. Start with a small one. You will want to experiment first with a few close relatives. If you ask any paella aficionado they will tell you you have to cook it a dozen times before its good!

As with any Spanish tradition, its an excuse to invite some friends round and open a bottle of our local wine or some cold beers. Often cooked by the men, as with the traditional British “barby”, it makes for a fun filled afternoon gathered around the paella and afterwards at the table eating, drinking and enjoying the great outdoors until the sun sets. 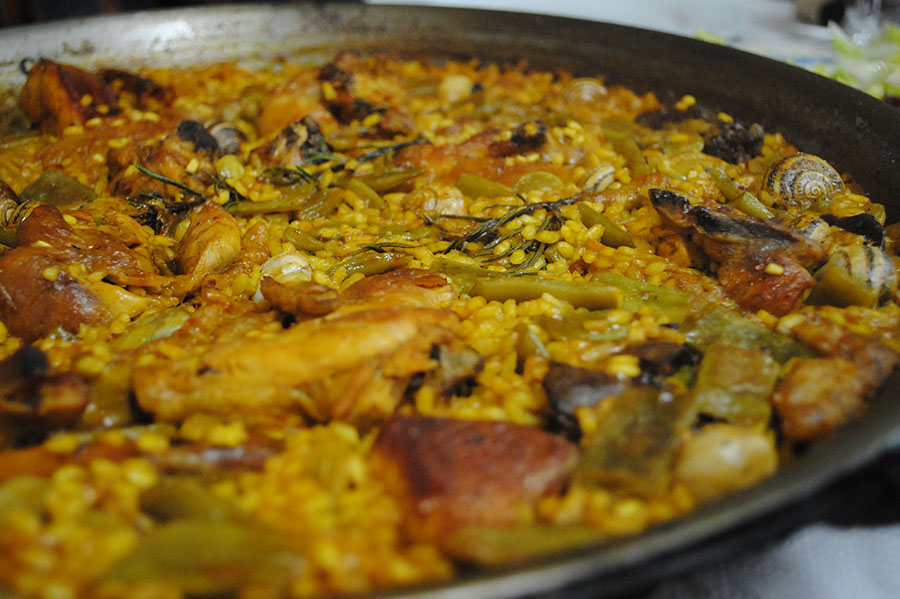