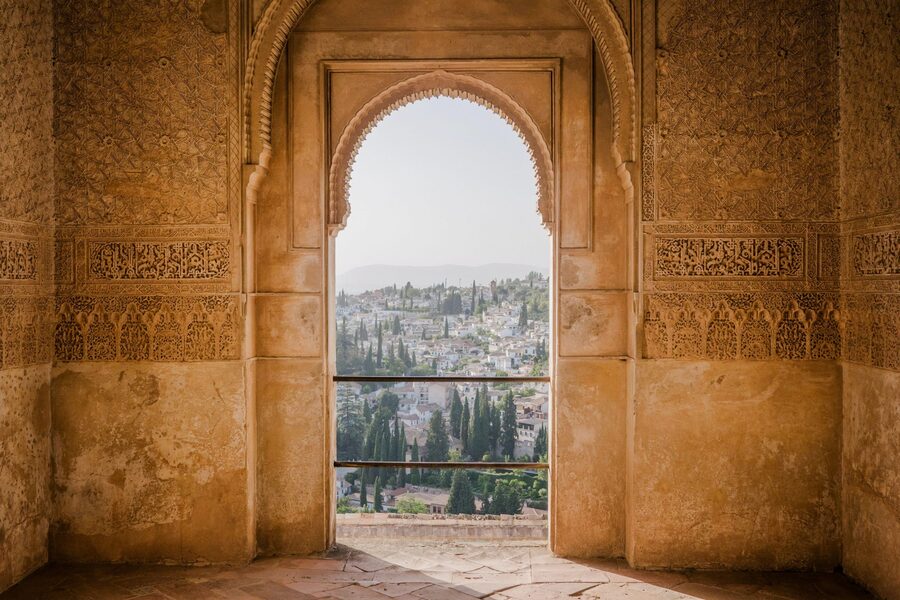 Local News | The Legacy of the Moors in Southern Spain

The Legacy of the Moors in Southern Spain

From the early 8th to the late 15th century, parts of the Iberian Peninsula were ruled by the Moors. The Moors were Islamic tribes from North-Africa and they left an impressive legacy, including UNESCO World Heritage sites such as the Alhambra in Granada and the Mezquita of Córdoba. The Moors have shaped Spain more than any other invader. Especially Southern Spain’s history is heavily marked by both the Moorish rule and the Spanish Reconquista.

During Moorish rule, the cities of Seville, Córdoba, Granada and Cádiz were famous for their art, science and architecture. The Moors built numerous towns and villages along the routes between cities, with citadels, fortresses and castles. They can still be seen today. Some have fallen into ruin, others have been restored.

Moorish architecture is an architectural style that developed in the Western Islamic world and included what was called ‘al-Andalus’: the Muslim-ruled parts of Spain and Portugal. It blends North-African Berber architecture with Roman, Byzantine, Visigothic and contemporary art from the Islamic Middle East, resulting in a unique style. Typical elements of Moorish architecture are the Moorish arch or horseshoe arch (see picture above), courtyard gardens and interlacing arches. It also incorporates geometric and arabesque motifs, such as carved wood, stucco decoration and decorative tile work, called ‘azulejo’ in Spanish. 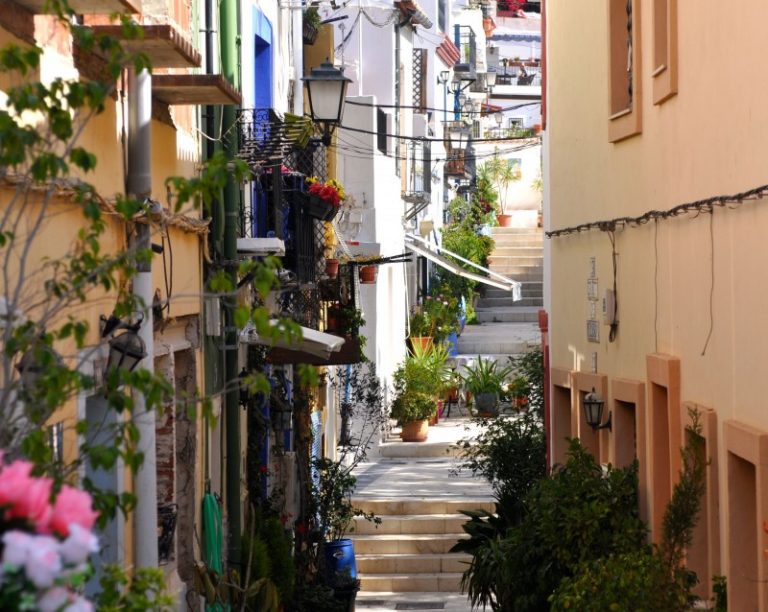 In the centre of Alicante, on top of Mount Benacantil, the Moors constructed the Castillo de Santa Barbara. This fortress is located on a strategic spot from which you have a clear view of miles of sea. It dates back to the 9th century and was recaptured by Castillian forces in the 13th century, on the feast day of Santa Barbara. El Barrio, Alicante’s historic old quarter, was also built by the Moors. It’s situated right underneath the Castillo de Santa Barbara. El Barrio is famous for its narrow, winding streets with colourful houses and cosy plazas. Nowadays there are lots of lively bars and terrace cafés.

Historically, Valencia is just as Moorish as the famous Andalusian cities. For more than 500 years, Valencia was ruled by the Moors who turned the city into an industrial and agricultural centre. Ceramics, glasswork, paper, silk and leather became thriving industries. Because of its excellent climate and fertile soil, Valencia was known as Hadiqat Al-Andalus: the garden of Moorish Spain. The Roman irrigation system, fallen into disuse since the 4th century, was extended and perfected. The Moors also constructed a complex network of wells, channels, fountains and pools.

Culture flourished under the Moors and poetry, music and the arts were cultivated. The Moors were known for their acceptance and tolerance. Jews, for example, were highly valued as merchants, ambassadors and advisors. Under Islamic rule, the three monotheistic religions – Islam, Judaism and Christianity – could co-exist. The Inquisition brought an end to this and both Christian Spaniards and Islamic Moors were persecuted. The Moors were expelled from Spain and took their culture with them. But the influence of their rich legacy can be seen and felt to this day.