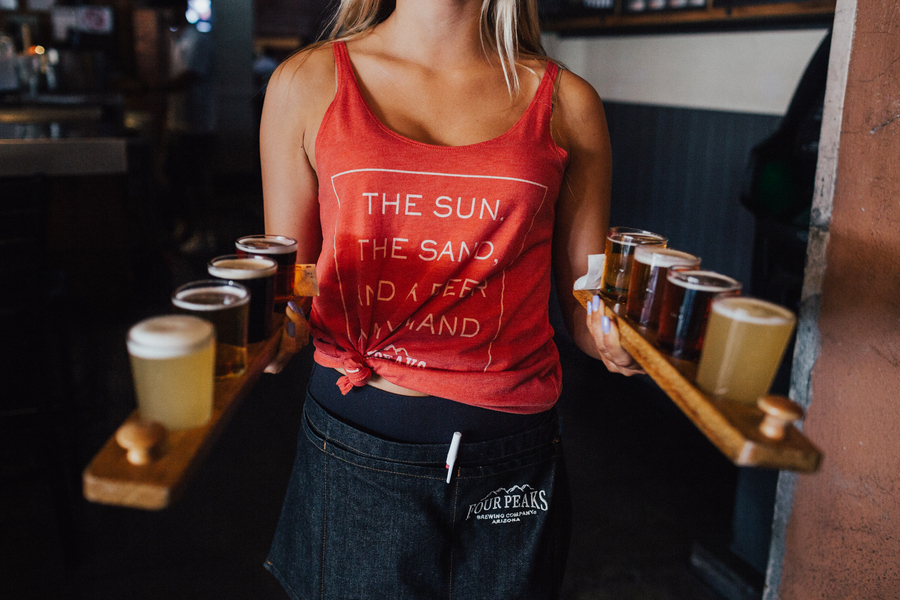 Local News | How to Order & Drink Beer Like a Spaniard + Tips: Craft Beer On The Costa Blanca

What do you think about when you think of Spain? Chances are that beer is not the first thing that comes to mind. Most people think of wine. And though it’s true that Spain is one of the top wine countries in the world, it’s also Europe’s 4th largest beer producer. 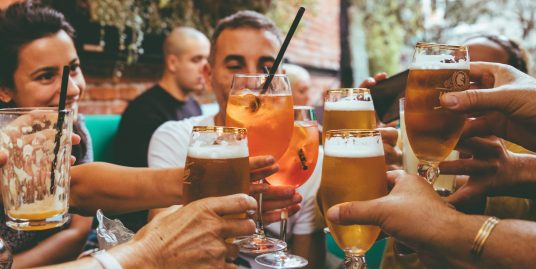 THE FIRST BREW
In fact, the earliest traces of beer in Europe were found in the province of Barcelona. In 2004, archaeologists discovered a ceramic container with beer remains dating back to 3,000 BC. But when the Romans invaded Spain in 206 BC they brought their wine culture with them and wine would dominate Spanish drinking habits for centuries.

BEER LOVERS
How things have changed. The sales of beer in Spain has surpassed wine since the early 1990s. The average Spaniard drinks almost 52 liters of beer per year, according to the Asociación de Cerveceros de España. Compare that to a modest 18.4 liters of wine and you’ll see that the Spanish are beer lovers at heart!

GOOD FOOD & COMPANY
In Spanish culture, where quality time and long meals are highly valued, alcohol plays a different role than in Northern Europe. The Spanish mainly drink beer to accompany food, not to put alcohol into their bodies. This is why it’s perfectly acceptable to have a drink at any time of the day. Go to the bars around 11 o’clock, when the workers are eating their ‘almuerzo’, and you’ll be hard-pressed to find someone without a glass of beer or ‘copa de vino’.

ORDER LIKE A SPANIARD
So you’ve found a nice little bar on a hot summer afternoon, and you want a refreshing beer to go with your ‘boquerones’ and ‘patatas bravas’? Just ordering ‘una cerveza’ won’t get you very far. You need to be a bit more specific than that, so let’s have a look at the options! 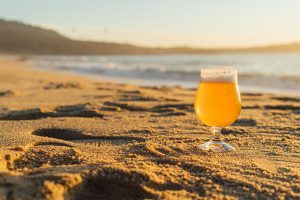 CLEAR AS CLARA
A 500 ml beer is called a ‘tanque’. But think twice, especially in summer, unless you prefer your beer luke-warm. Some bars also serve a ‘jarra’ which is a jug of beer meant to share and served with glasses. Those of you who prefer their beer a bit lighter might order a ‘clara’ (beer mixed with the soft drink ‘gaseosa’) or a ‘clara limón’ (beer mixed with Fanta lemon).

A BOTTLE IS NOT A BOTELLA
If you prefer bottled beer, you don’t order a ‘botella de cerveza’. Instead, you ask for a ‘tercio’ which means ‘a third’ (of a liter). Most bars and supermarkets also sell smaller bottles called ‘quintos’ (a fifth). Again, a smaller bottle means colder beer! Popular brands here on the Costa Blanca are Estrella Galicia, Mahou, Ambar and San Miguel.

SIN ALCOHOL
Non-alcoholic beer represents 14% of the total Spanish beer market. So if you’re a non-drinker, you’re in for a treat! More and more specialty beers with 0% alcohol are available in supermarkets, like Mahou Tostada or San Miguel Radler, and every bar offers at least one brand of alcohol-free beer. 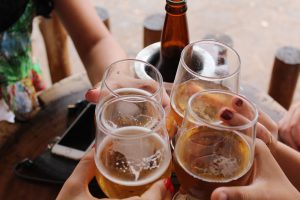 With almost 100 Spanish microbreweries, the worldwide popularity of craft beer has certainly not skipped Spain. Here on the Costa Blanca there are several places worth checking out:

• In Altea you can visit Althaia Artesana for a beer tasting and a tour of the brewery. Their beers have beautiful artwork with mysterious names like Barlovento and Mistral.
• In Javea you’ll find the shop of Ferments which offers a selection of artisanal beers and gourmet products. Get in touch with them for a beer tasting party at your own home!
• The Craft Beer Brewery Brouwhoeve in Benissa is run by two Dutch guys. They brew 10 types of beer, offer beer tastings and have a shop where you can get professional beer advice.

Thirsty yet? Just don’t forget to do like the Spanish. Order some tapas or at least ‘algo para picar’ (literally: something to pick at) like olives or peanuts, especially in the summer heat. Your body will thank you later. Salud! 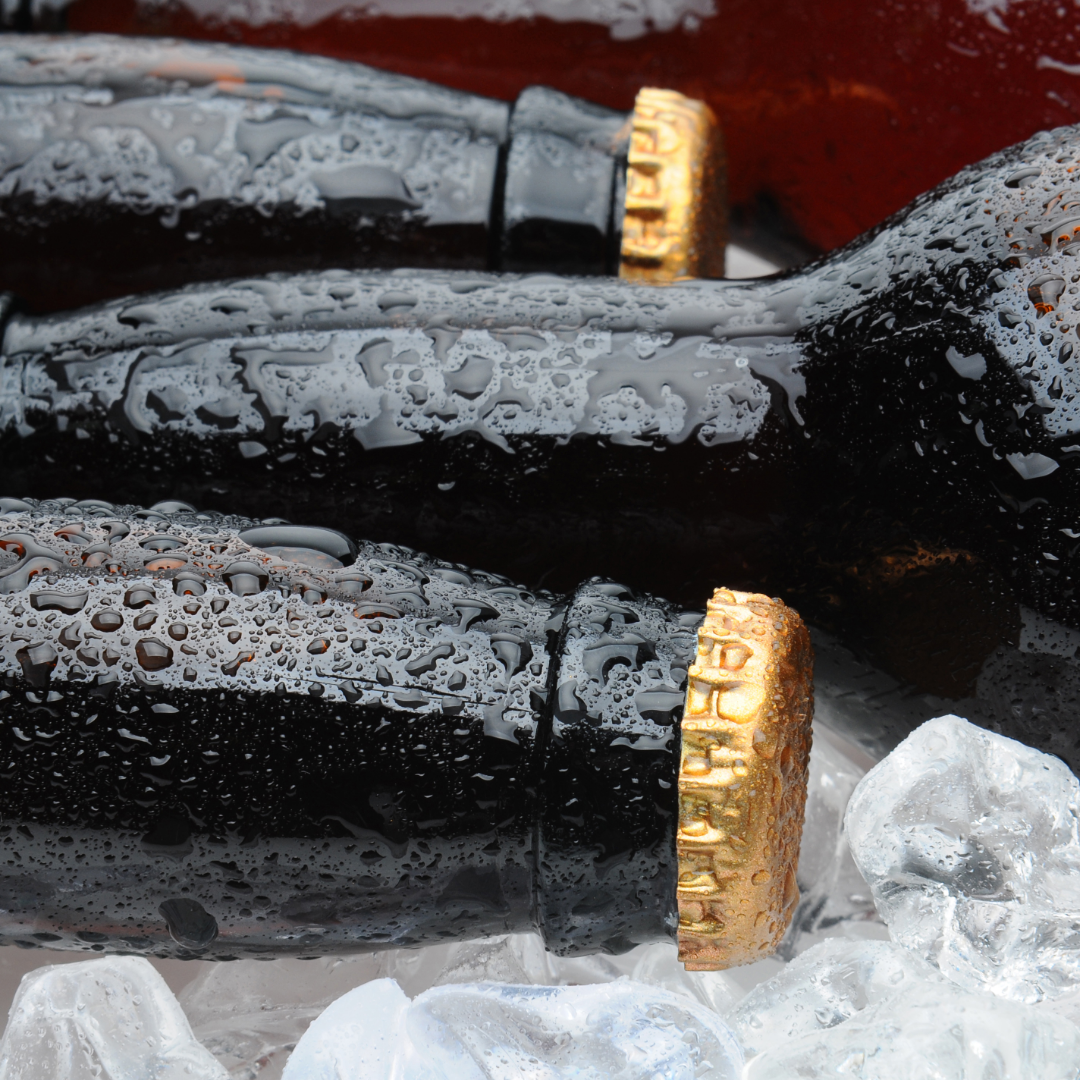