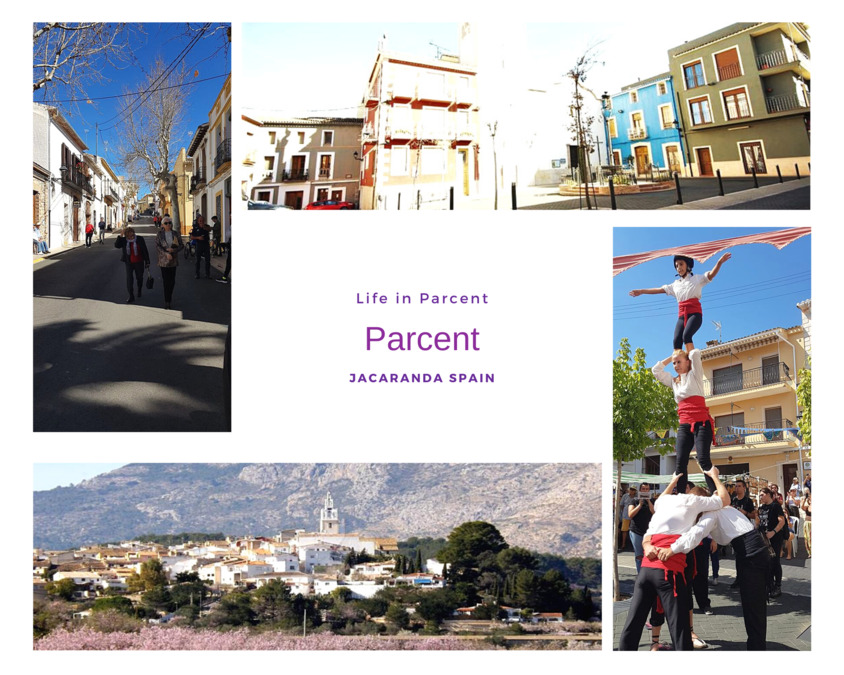 The famous modernist writer and poet lived for a time in Parcent. He was known to be a very sensitive soul and his struggle to connect with the world brought him to live, and write, in this tranquil yet atmospheric Spanish pueblo. 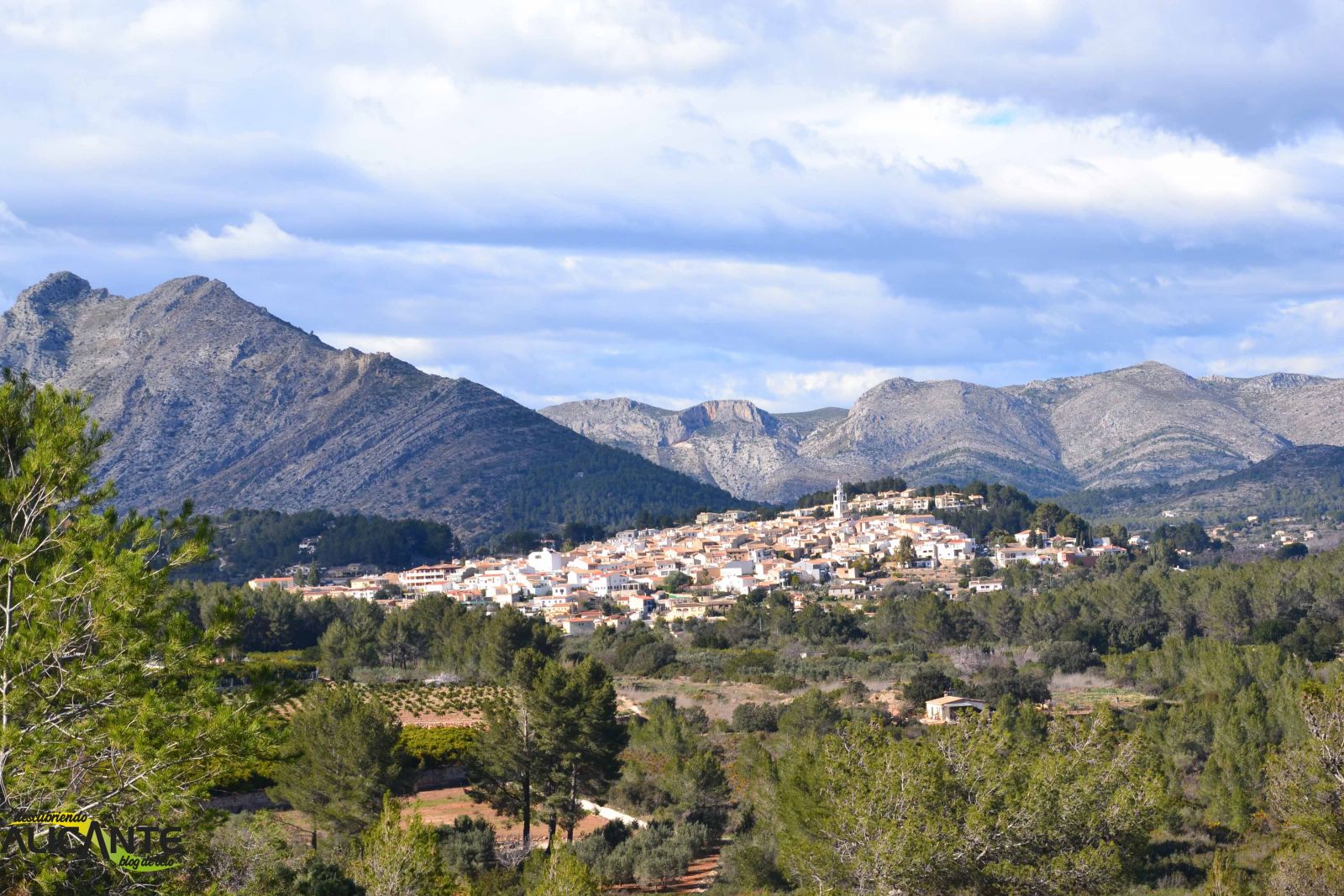 This pretty little village has a population of just over 1100 and is still predominantly Spanish although the ex pat community has grown in recent years.

The streets and architecture are influenced by its Roman and Moorish history. With narrow streets leading uphill to the pretty little plaza at the top with the church of La Purísima Concepción (Immaculate Conception) and the Bell Tower. 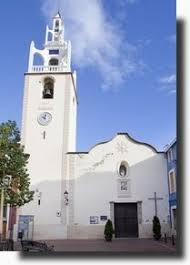 It is situated in the Valle del Pop, or the Jalón Valley. 295m above sea level, it is between the Serra de Penyal or Cavall Verde and Serra del Carrascar mountains. It is a 5 minute drive to the bigger and busier towns of Jalón and Orba. 20-30 drive will take you to the blue flag beaches of Denia, Moraira and Javea.

The origin of the name of the village is Roman. The area was invaded and occupied by the Moors in the 8th century. The Moors and Christians continued to fight over territory for hundreds of years. This culminated in the eventual expulsion of the Moors in the early 1600s. The town was then occupied by 15 Christian families whose descendants still live in the village today.

The town was hit by the leprosy epidemic in 1850. By 1887, 20% of the population were afflicted with this terrible disease. This later lead to the opening of a leper colony in Fontilles in the Valley of Laguar. This hauntingly beautiful place is isolated in nature but surrounded by a 9ft high wall and is well worth a visit. One has a sense of the ghosts of the past and the stigma and fear that the outcasts of society would have known.

The main plaza is a must. It is dominated by the beautiful 17th century church of The Immaculate Conception and the more recent Bell Tower which was built in 1929.

There are many “Riu Rau” buildings. Arched structures that were built to accommodate the Muscatel grapes while they dried out to make the raisins that the area produced for centuries for export all over the world. Many of these charming buildings are still in their original state, while many have been turned into or made part of domestic dwellings. 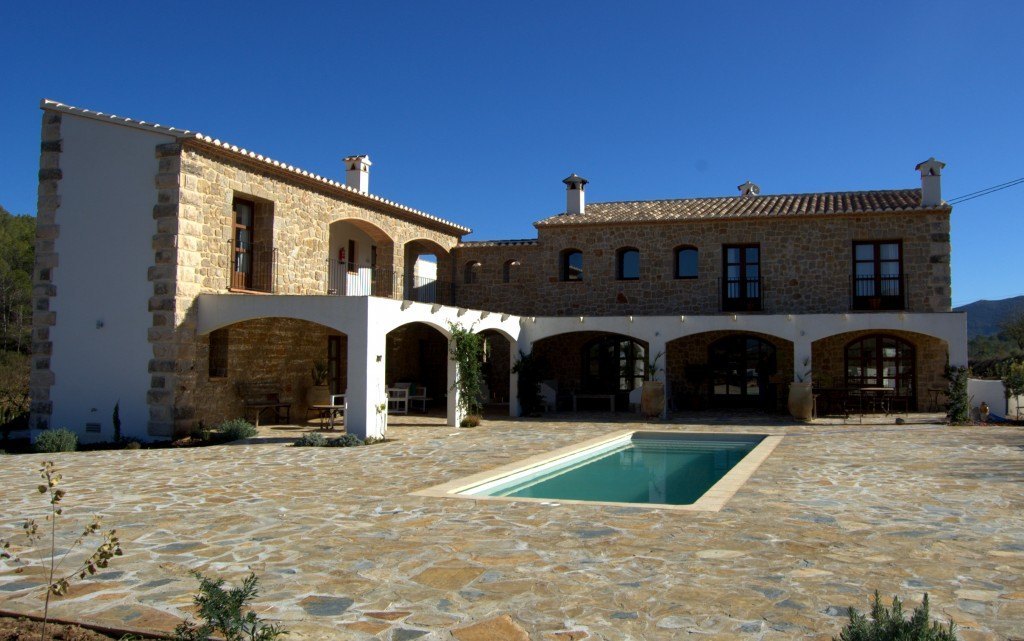 There are many hidden gems to be discovered in the countryside around the town. The Font de Llavador is an ancient launderette, still in use today. The older generation of women still congregate there to do laundry and catch up on the gossip.

There are also other “Fonts” to be found. Some have been there for centuries to supply drinking water and to irrigate the crops. The “Bassa de la Rompuda” and “Font de la Foia” are among those worth looking for.

The house of Gabriel Miró is situated on one of the pueblos narrow streets. A sign on the wall marks it out and if you’re interested in the writers life you may want to take a look. It is unassuming and unremarkable but it marks a place in history. http://www.parcent.es/ 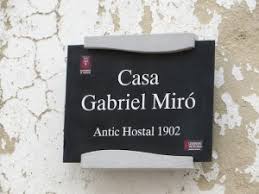 Like all of the towns in the Marina Alta, Parcent is a mecca for walkers, hikers and cyclists. The tourist information office in Jalón has information on walking routes. They are for all abilities and there are mountain routes and country routes which take in the Riu Raus and the Fonts.

Cyclists flock to the area, amateur and professional alike. The routes are as difficult as you want them to be but they will never disappoint. Its a great starting point to some fabulous coastal routes. Above all, a ride up the famous Coll de Rates is essential and the views from the top are awesome. https://www.facebook.com/mirabela82/ 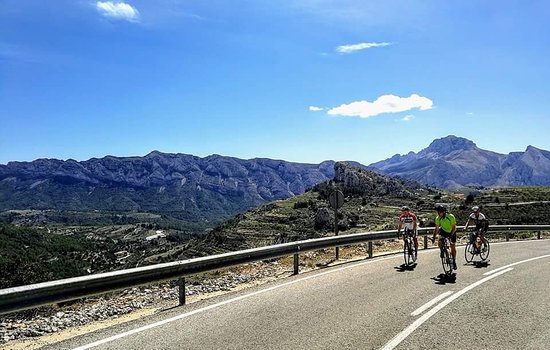 If Golf is your passion, Parcent is within an hours drive of 15 courses. The championship course at La Sella Golf and Oliva Nova, which was voted the best of the courses designed by the famous Spanish player Seve Ballesteros are among your choices.  https://www.clgolf.es/

Parcent has a small supermarket which sells everything, including fresh meat. There are larger supermarkets, within a 5minute drive, in the larger towns of Jalón or Orba. There are bakeries and butchers, a pharmacy and a post office. Its a small pueblo with small shops where you can practice your Spanish and the residents are happy to help.

Parcent has more than its fair share of very good Spanish eateries. The famous L’Era  https://www.facebook.com/pages/category/Restaurant/Lera-Restaurant-244062448971154/ is open through the day and serves the best paella in the area. The atmosphere on Sundays is buzzing and always full, so book in advance. 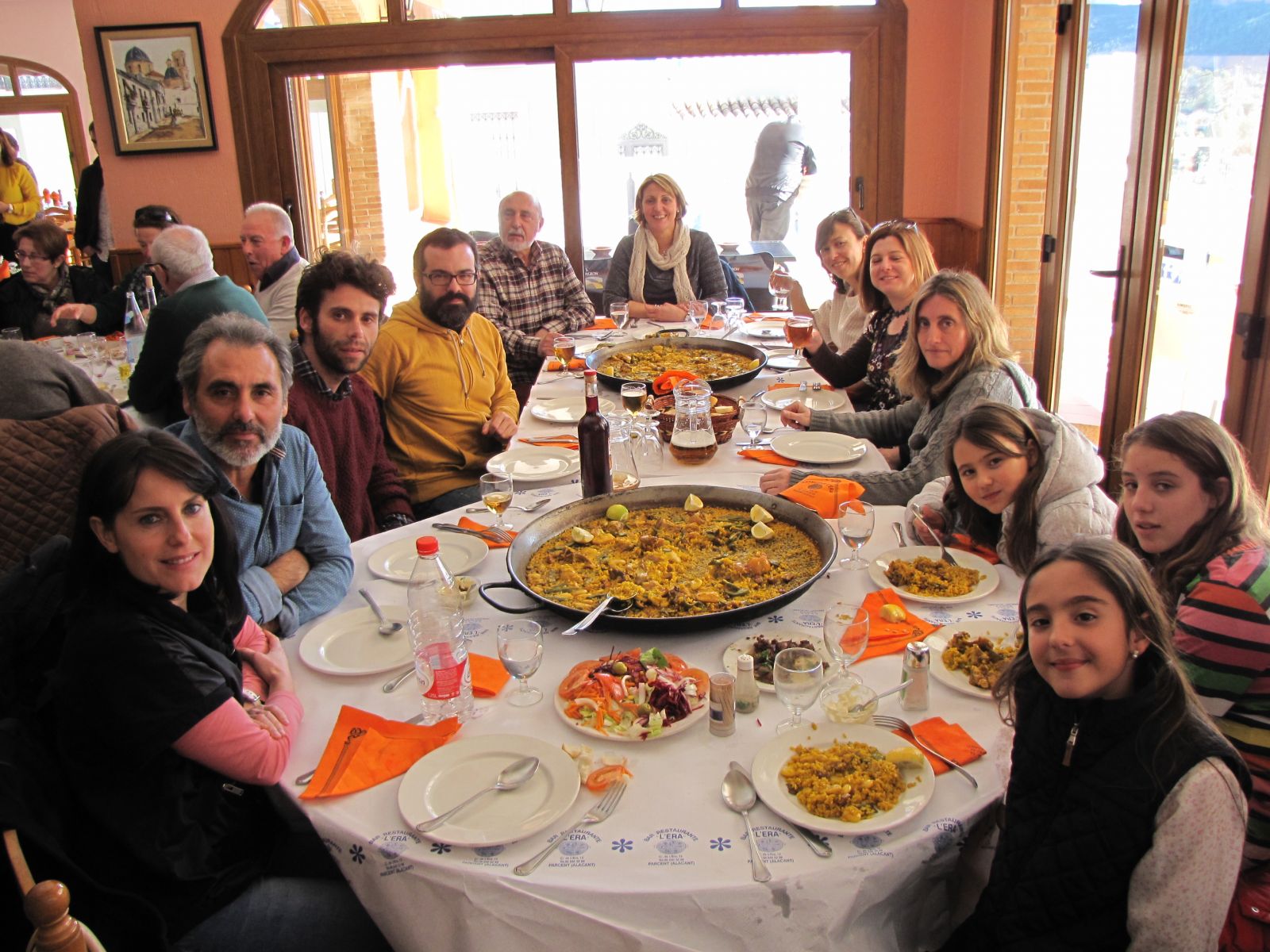 There’s the Piscina restaurant next to the municipal swimming pool ( nearly all the towns in the Valle De Pop has its own pool and they charge usually not much more than a euro for a full day ). Again open most days but Sunday has the best atmosphere.  Tramonti, L’Estufa and Paraiso also do great tapas and an excellent and very reasonable menu del día. The café/bar next to the Siremar also serves tapas and your morning coffee.

Parcent is a haven of tranquillity. Hence, if you’re looking for noisy bars and night clubs, its just not your town. It is, however, a wonderful base. Perhaps the most central of the towns being in between Orba and Jalón, whatever you need is not far away. Furthermore it is a mere 15-20minutes drive to the stunning sandy beaches at Denia and Oliva. It may be a “paradise between mountains” but its also a beach lovers idyll. If you want to be spoilt for choice of day trips, Parcent is perfect. Likewise, coming home will be a joy. 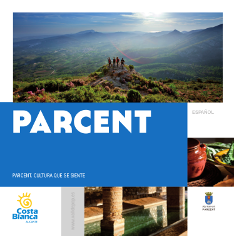