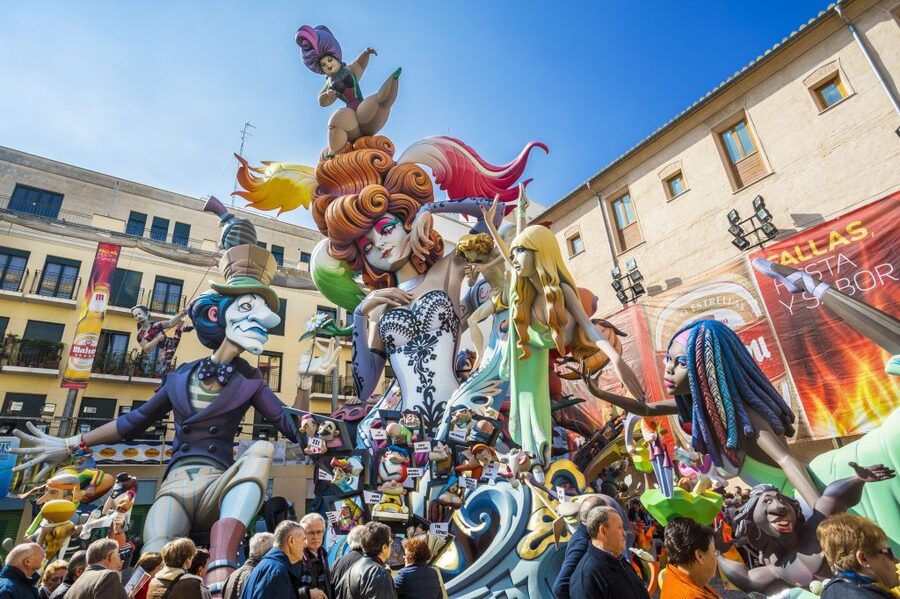 What Are Las Fallas?

Las Fallas. The Comunidad Valenciana comes aflame from March 15th-19th during one of Spain’s most famous festivals. For this celebration of St. Joseph, the city engorges with revelers drinking and dancing as massive ninots (wooden/paper-mache sculptures and floats) parade down the streets in great processions. These are complemented by fireworks and bonfires and which culminates in the ceremonial burning of the ninots on the final day.The Plantà, 15th March
The night of the 15th March is full of activity. The Fallas commissions work in shifts because all the monuments that are set up in Valencia and surrounding towns must be fully finished by the morning of 16th. That is the day that the judges award the best ones and choose the ninot induldat, the only figure to be saved from the burning.

The falleras mayores and their commissions take part in a procession towards the town’s local Plaza del Ayuntamiento on the morning of 17th, to pick up their prizes. You should know that the more than 750 monuments that are set up in Valencia, are divided into categories with the Special Section being the most impressive of all. All towns have a very similar set up to this.

Fireworks and the Nit del Foc, from 15th to 19th March

The night skies are filled with light and color during Fallas thanks to the impressive firework displays which are set off at midnight. An act that brings together a multitude of people and reaches its peak with the Nit del Foc, a unique firework display celebrated in the early hours of the 18th. 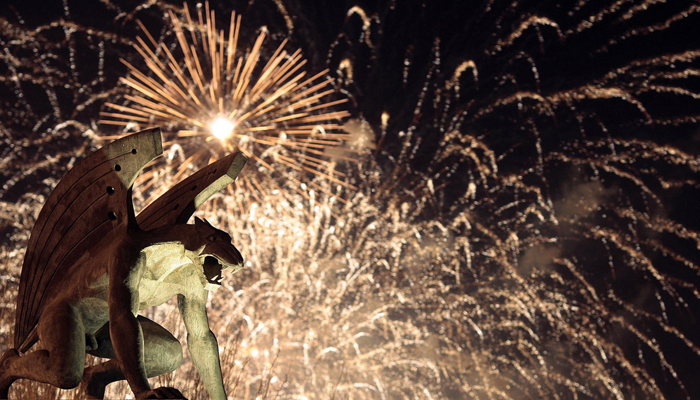 All the Fallas, small and large, must be burned on the 19th. Although it’s a shame, seeing how the flames reduce these monuments to ash is an artwork in itself. So, put on some comfortable shoes and prepare for the cremà route: at 10pm the small monuments start to burn, and at midnight the big ones go up in flames, except for the 1st prize-winner which is burned at 12.30am. The Fallas celebrations end when the monument at Plaza del Ayuntamiento is burned, at 1am.

They say that everyone should come to Fallas at least once in their life, although we’ll warn you now, with everything that there is to see and do you’re sure to want to experience it again!